A friend has a grand Edwardian house in Westcliff-on-Sea, and generally comes to visit us because she and I walk, footpaths being handier here. On this occasion, we drove the 77 motorway miles to her one afternoon in May. She had also invited her daughter and two children so we had a sort of domestic afternoon, including a visit to the beach. A chilling wind blew off the flats, the two- and four-year-old indifferent to it, intent on patting sand, while the adults stood around in warm coats.

Leaving the others to themselves, I wandered off towards the Crowstone, something I had heard of but only seen its tip in the estuary waters. It’s a 14-foot-high granite obelisk with a history going back to 1197, but most recently re-erected in 1836 to show the seaward limit of the City of London’s jurisdiction over the Thames. Nosing around it alone, taking in the sea air, I remembered childhood days at the seaside on the Isle of Wight. When the little boy came up, I showed him how to skim stones off the water.

After the beach it was back to Camelot, for so is the house named, and for mum to get the children ready for bed and their sleepy car journey home to Bromley. I was roped in to read a story to the now pyjama-clad little boy, who had equipped himself with no fewer than three children’s books. Took me back 40 years, especially my own son being 44 that very next day. They don’t change: after three books were despatched, he waited for more. I asked, ‘Which one shall I read again?’ He chose Bear Hunt, an illustrated narrative by Anthony Browne, in which your ursine hero evades a pair of incompetent hunters by deftly drawing rescue devices with a pencil on the page. For example, a hunter advances behind with a noose and Bear draws a horn, which on the next page is at the end of a menacing rhinoceros. An interesting metafictional device that the lad couldn’t quite grasp when I put it to him.

Outside in the spacious garden, a mangy fox padded over the lawn. Later, Mr Grey, a tomcat of the same colour meowed at the back door for his tea. Mr Grey has a (bad) thing about men so I had to pretend that I wasn’t there, but he dashed in for his grub, and out again, eyes wide-eyed with distress.

Next morning, the party reduced to three adults, we drove forth through Southend and beyond to Shoeburyness, the end of the train line to London. Here we walked up to Poppies: Wave a marvellous adaptation of the moving Tower of London remembrance poppies of 2014. At the end of a pier on MoD land, it’s on a UK-wide tour, a stream of bright-red poppies on stalks flowing towards the estuary. Lovely. You could leave a handwritten note to be displayed and laminated by red-poppy-coloured volunteers; on mine I wrote ‘Thanks to Dad, Sergeant Yates of The Black Watch 1942-1961’. (Dad went up Gold Beach on D-Day and wounded later, served in Germany, Korea, and Kenya where he was also wounded.)

To nearby Shoebury Garrison, set up for the Crimean War but now the defunct garrison’s buildings are rather posh residences. Driving around the development reminded me of my own life in barracks more or less until the age of 21, and how most of my old homes are not just defunct but demolished.

Back to Camelot for coffee, motor back to Ampthill. 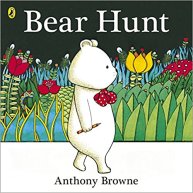